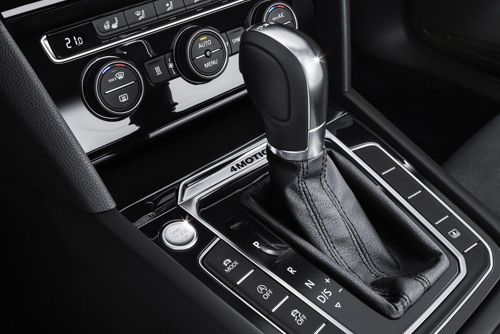 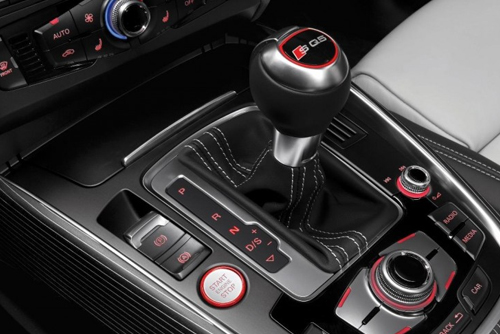 Most Automatic Gearboxes have a set torque limit within the software, meaning tuned cars will be limited to this figure even if the engine is wanting to produce more. Without Gearbox software, the only way to get around this is to 'trick' the Gearbox control unit to believe the torque is less. This works OK on relatively stock vehicles, but can cause issues with higher power builds where you need as much control as possible. We can increase this torque limit to more realistic levels or in some cases remove it completely.

Even in manual mode, most gearboxes will automatically change up at a set RPM. This doesn't always suit everyone's driving style and can be quite annoying. We can set this to a higher RPM or disable it completely. Ideal for track or fast road use.

To get the perfect set off we are able to reprogram the system to hold at a certain RPM limit when stationary. When set at the correct RPM limit, the car will have a perfect balance of power and grip for a quick set off with minimal amount of wheel spin.

A direct-shift gearbox (German: Direkt-Schalt-Getriebe), commonly abbreviated to DSG, is an electronically controlled dual-clutch multiple-shaft manual gearbox in a transaxle design, without a conventional clutch pedal and with fully automatic or semi-manual control. The first actual dual-clutch transmissions were derived from Porsche in-house development for their Model 962 racing cars in the 1980s.

In simple terms, a DSG is two separate manual gearboxes (and clutches) contained within one housing and working as one unit. It was designed by BorgWarner and is licensed to the Volkswagen Group. By using two independent clutches, a DSG can achieve faster shift times and eliminates the torque converter of a conventional automatic transmission.

There are a several variations of DSG's across the VAG vehicle range. Some DSG gearboxes lead themselves more to tuning than others so to help determine which gearbox you have, we have listed the types below along with a short description. On most Audi models, the DSG is referred to as an S-Tronic gearbox. It can be quite confusing as the normal Torque Converter Autos are also sometimes called S-Tronic as well.

This is fitted to most 6 speed DSG models from 2003-present. At the time of launch in 2003, it became the world's first dual-clutch transmission in a series-production car, in the German-market Volkswagen Golf Mk4 R32, and shortly afterwards worldwide, in the original Audi TT 3.2 and the 2004+ New Beetle TDI. For the first few years of production, this original DSG transmission was only available in transversely oriented front-engine, front-wheel-drive and Haldex based four-wheel-drive vehicle layouts. Most 02E Gearboxes have a set torque limit of 360nm (265ft/lbs) in the software.
The first DSG transaxle that went into production for the Volkswagen Group mainstream marques has six forward speeds (and one reverse) and uses wet/submerged multi-plate clutch packs. The two-wheel-drive version weighs 93 kg.

This is based on the above DQ250 but is mainly used in the Golf 7 GTE (hybrid) and the Audi A3 E-tron (hybrid)
This 6-speed transmission has a modified clutch housing, to create extra space for the hybrid electromotor. The gearbox is fitted to the 1.4 TSI engines.

At the start of 2008, another world-first 70 kg seven-speed DSG transaxle became available. It differs from the six-speed DSG, in that it uses two single-plate dry clutches (of similar diameter) designed by LuK Clutch Systems.
This seven-speed DSG is used in smaller front-wheel-drive cars with smaller-displacement engines with lower torque outputs, such as the latest Volkswagen Golf, Volkswagen Polo Mk5,and the new SEAT Ibiza. It is also fitted to the Caddy 1.6 TDI models. It has been paired to engines with up to 250 Nm (180 lb/ft). It has considerably less oil capacity than the six-speed DQ250, the DQ200 uses just 1.7 litres of transmission fluid.
Unfortunately we are not able to tune these for more torque holding due to their 'dry clutch' design.

Mainly used in the Golf 7 GTI China. This gearbox is a smaller version of the DQ500, which can be found on the Audi RS3/TT-RS.

In 2017 an improvement of DQ380 was derived as the DQ381 and is used in many new vehicles with MQB platform like the Arteon. DQ381 has a all wheel drive variant as DQ381-7A, the front drive variant is called DQ381-7F.
This gearbox is a smaller version of the DQ500, which can be found on the Audi RS3/TT-RS.
With modified software the DQ380 can handle up to 600hp/700Nm.

This is a heavier transverse 7 speed DSG and is built to support up to 600 Nm (440 lb/ft) from the factory. It can be found in the VW Transporter, Tiguan, Audi RS3, TT-RS and Q3. The DQ500 gearbox is the strongest transverse DSG within the VAG group. Therefore, this one is used on heavier vehicles and models with high power / torque outputs.

The DQ500 can handle up to 800hp/1000Nm with DSG software and upgraded clutch packs.

Codenamed DQ511, the new DSG gearbox with 10 speeds is mechanically similar to the DQ500. Besides improving fuel consumption, the extra gears offer one major advantage. The gearbox feels more open, in that the difference between the highest and the lowest ratio is wide. Because they are closer in drive ratio, there's less jumpiness when shifting, which some owners have complained about in the past.
Just like the DQ500, the two multi-plate clutches are bathed in oil, though the lubricant reaches a lower level and has reduced viscosity, which improves efficiency.
The DQ511 project was confirmed as being dropped by VW in early 2019, with them stating that their focus was on electric vehicles, which generally require no gearboxes or much simpler ones, due to their instant torque.

In late 2008, an all-new seven-speed longitudinal S-Tronic version of the DSG transaxle went into series production. Initially, from early 2009, it is only used in certain Audi cars, and only with longitudinally mounted engines. Like the original six-speed DSG, it features a concentric dual wet multi-plate clutch. However, this particular variant uses notably more plates - the larger outer clutch (for the odd-numbered gears) uses 10 plates, whereas the smaller inner clutch (driving even-numbered gears and reverse) uses 12 plates.

Another notable change over the original transverse DSGs is the lubrication system, Audi now utilise two totally separate oil circuits. One oil circuit, consisting of 7.5 litres, lubricates the hydraulic clutches and mechatronics with fully synthetic specialist automatic transmission fluid (ATF), whilst the other oil circuit lubricates the gear trains and front and centre differentials with 4.3 litres of conventional hypoid gear oil. This dual circuit lubrication is aimed at increasing overall reliability, due to eliminating cross-contamination of debris and wear particles.
It has a total mass, including all lubricants and the dual-mass flywheel of 141.5 kg.
The factory rate the torque handling limit of up to 600 Nm (440 lb/ft), and engine power outputs of up to 330 kW (450 PS; 440 bhp), but up to 1000 Nm has been put through these without issue.

Unfortunately we are not able to tune these for more torque holding due to their 'dry clutch' design.

For DQ400 gearboxes please contact us for availability and prices

Automatic gearboxes in this respect refer to a standard automatic, utilising a Torque Converter. There are many different types utilised the the VAG range. We will concentrate on the ZF 6HP and 8HP as they have mechatronics units that can be tuned to change various behaviours of the gearbox operation.

These gearboxes belong to the category of conventional multi-step automatic gearboxes having a torque converter. They are based on the same design and functional features, and derive from the gearbox line of systems supplier ZFGetriebe GmbH.

Longitudinally mounted gearbox and four-wheel drive, integrated centre differential and front axle drive on the upstream side of the torque converter.

Self-locking centre differential with dynamic torque split (in a basic ratio of 50/50 or 40/60 dependent on version).

Initially, the 09E gearbox was exclusively designed for use on the Audi A8 (4E D3). A revised version of the gearbox was later used on the Audi S6 and Audi RS6 (C6) too.

Self-locking centre differential with dynamic torque split (in a basic ratio of 50/50 or 40/60 dependent on version).

Longitudinally mounted gearbox and four-wheel drive, integrated centre differential and front. The axle drive is on the upstream side of the torque converter

The 0BQ gearbox is used exclusively on the Audi Q7 (4L).

We do not offer software for this gearbox

The ZF 8HP, manufactured by ZF Getriebe GmbH, is widely regarded as the best Automatic gearbox ever released, and found in various guises in vehicles such as the Bentley Continental GT, Dodge Challenger SRT Hellcat, Aston Martin Vanquish and even the Lamborghini Urus. It had its debut in the BMW 7 Series (F01) 760Li saloon fitted with the V12 engine. In the VAG models, it is used in the V6 and V8 TDI vehicles.

The 0BK was fitted to the Audi A8 with the 4.2L V8 FSI Engine. The transmission features:

This gearbox has a 600-700Nm torque limitation integrated in its software. This limitation can be removed with transmission software.

Seen from the exterior, there is hardly any difference between the 0BK and 0BL gearboxes. Because the 0BL gearbox is rated for a maximum torque of 1000 Nm, most components of the 0BL gearbox are accordingly larger in size.

This also applies to the exterior dimensions of the gearbox

The 0D5 transmission is based on the 0BK transmission first used in the 2011 Audi A8. It has the internal designation AL-52-8Q. The manufacturer ZF Getriebe GmbH uses the designation 8HP65A. It is rated for up to 516 lb ft (700 Nm) of input torque

The key new features of the 0D5 transmission compared to the 0BK are:

In addition, as with the 0BK transmission, the software of the 0D5 transmission uses data from the navigation system and supports the start-stop system.

Various driving modes can be selected via Audi drive select. The TCM is a participant of the Immobilizer system. ATF system cooling is regulated by the engine's thermal management system.

The key new features of the 0D6 gearbox compared with the 0BL gearbox are:

The 8HP70, referred internally by VW as the AL550-8A with 0DR type code is an Electro-hydraulically controlled 8-speed planetary gearbox with hydrodynamic torque converter and torque converter lock-up clutch with controlled slip. It features a 2-damper converter, uses 1st gear as low-ratio moving-off gear for off-road use and towing trailers (no additional reduction box is required).

The control is via a Mechatronics Unit similar to the DSG Gearboxes (integration of the hydraulic control unit and electronic controller in one unit) with Automatic, Sport and Tiptronic modes.

Rated torque holding of 550 Nm but has been proven to be capable of holding much more than this without issues.

The 0DR Gearbox is fitted to the V6 Amarok Models.

Together with the extensive know-how provided by the Volkswagen engineers, success has been achieved in adapting the gearbox to the Volkswagen technologies' increased requirements.

Depending on version, torque holding of up to 1000Nm

We do not offer software for this gearbox