The idea of a 2.0 BiTDI Transporter or Amarok sounds great, and with quoted figures from the factory round the 180bhp mark, it sounds like the perfect platform to start with, right...?

Whether you already own a vehicle with one of these engines or thinking of buying one, this blog is well worth a read.

The first thing to note when it comes to these engines are the quoted power figures from factory. Since the first one we tuned to date, we have yet to see one of these engines make stock power figures on our dyno. Most are producing anything from 10-20% lower than the book figures.

The graphs below show an Amarok and Transporter both with the 2.0 BiTDi 180bhp 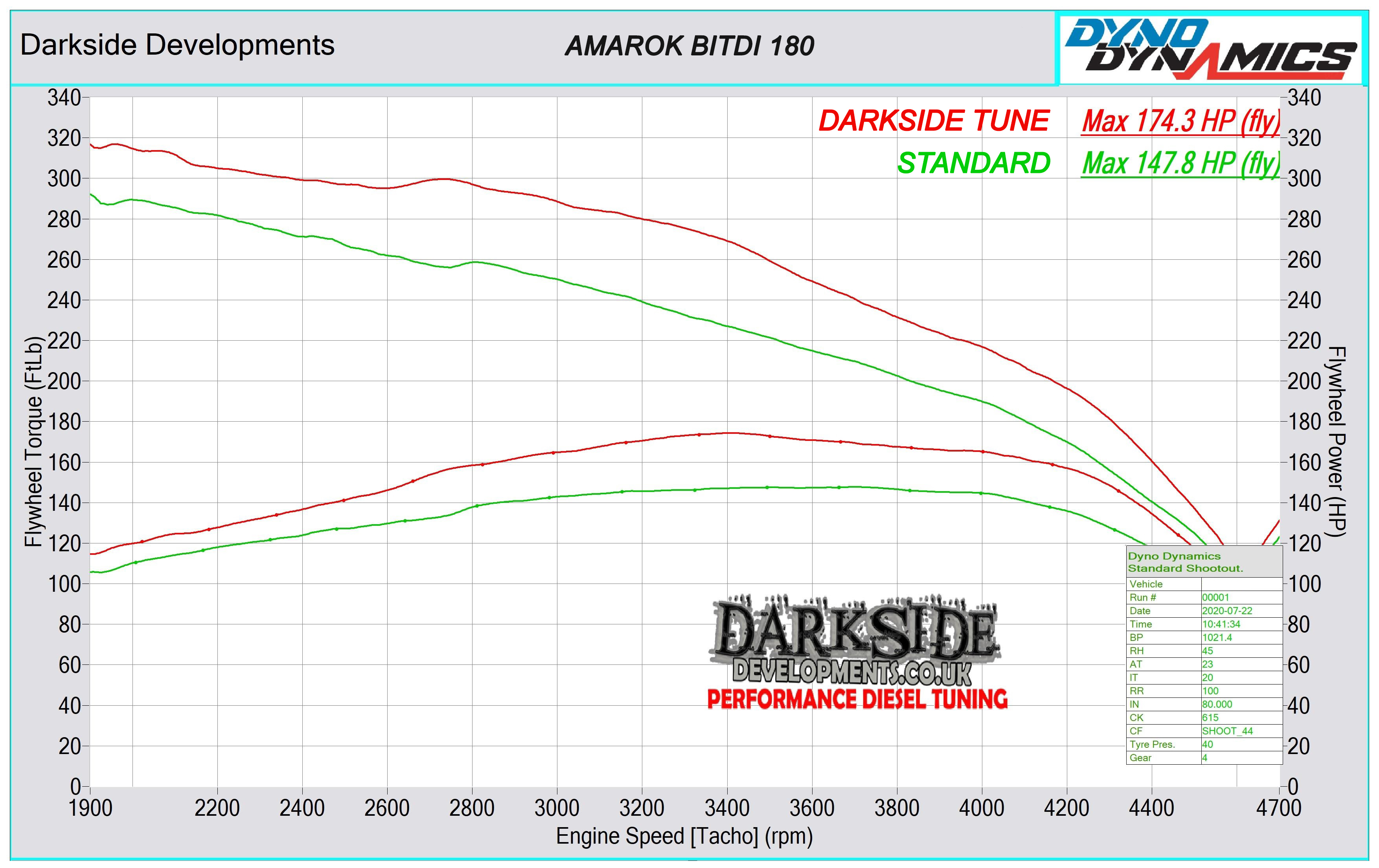 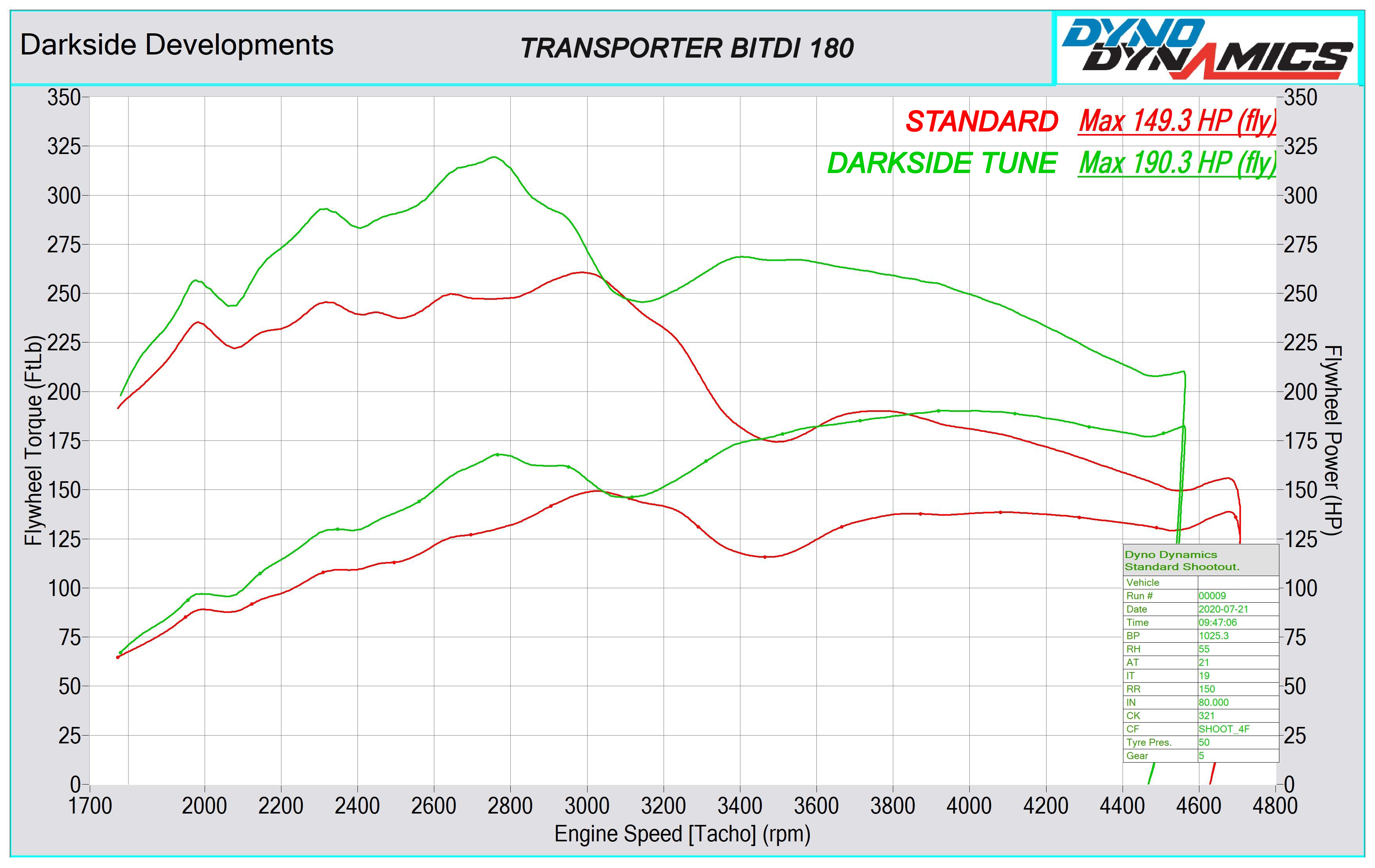 Although the stock figures are not what they seem remapping is the best way to regain what you think you had.

We normally expect to see around 15-20% gain over whatever they pull standard.

The exception to this is the later Transporter 204bhp engine. Although these also under read as standard, tuning makes a much bigger difference, usually producing around 230/240bhp with a custom tune (Graph Below). 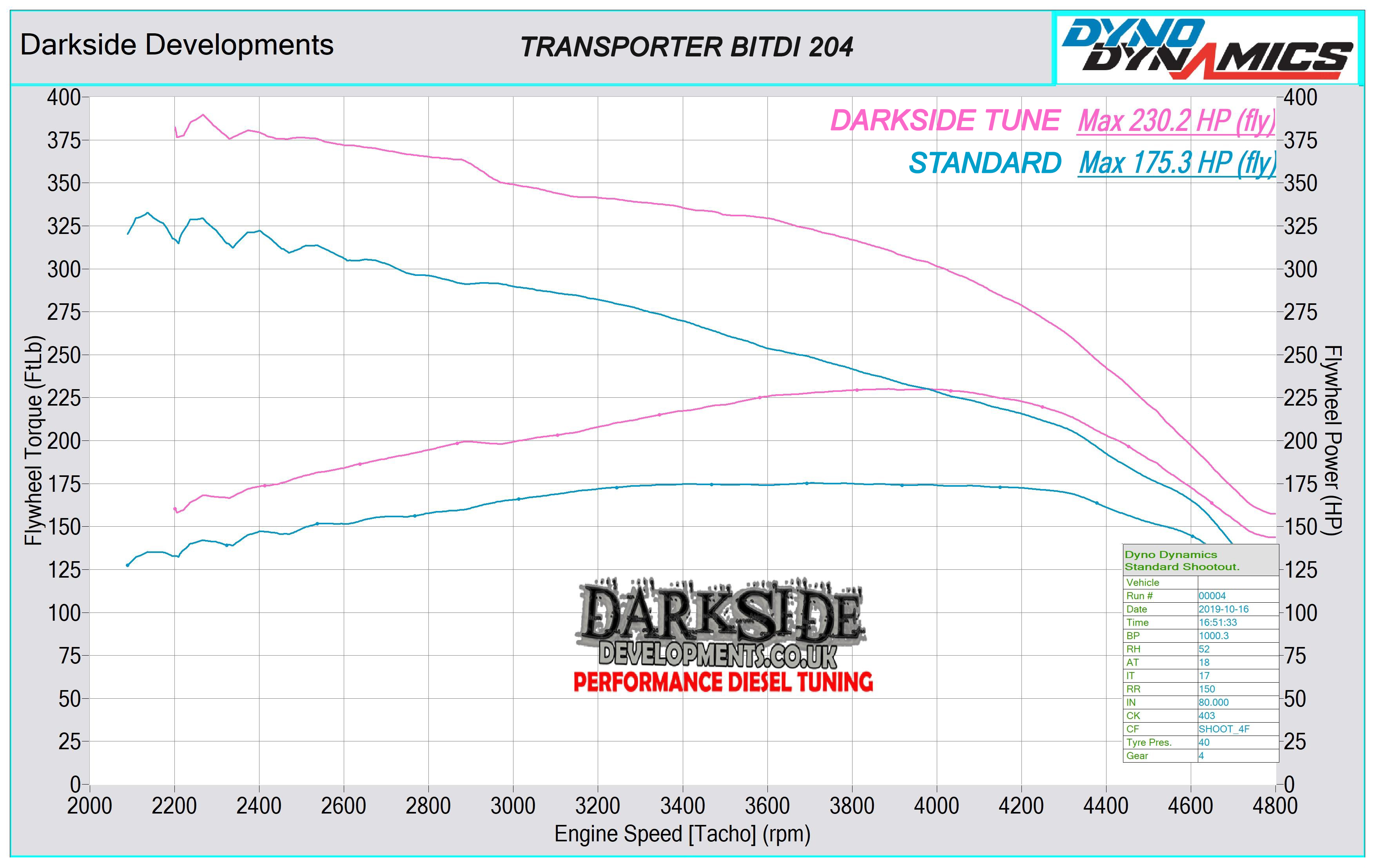 A lot of people swap to all terrain tyres which is great for building sites and wild camping but when it comes to the dyno these can have large affects to the power figures.

The graph below compares regular Continental Vanco Contact van tyres vs General Grabber AT3 tyres on the same stock van with no other changes. Other more ‘off road’ tyres can have larger affects than this so is worth bearing in mind when on a rolling road. 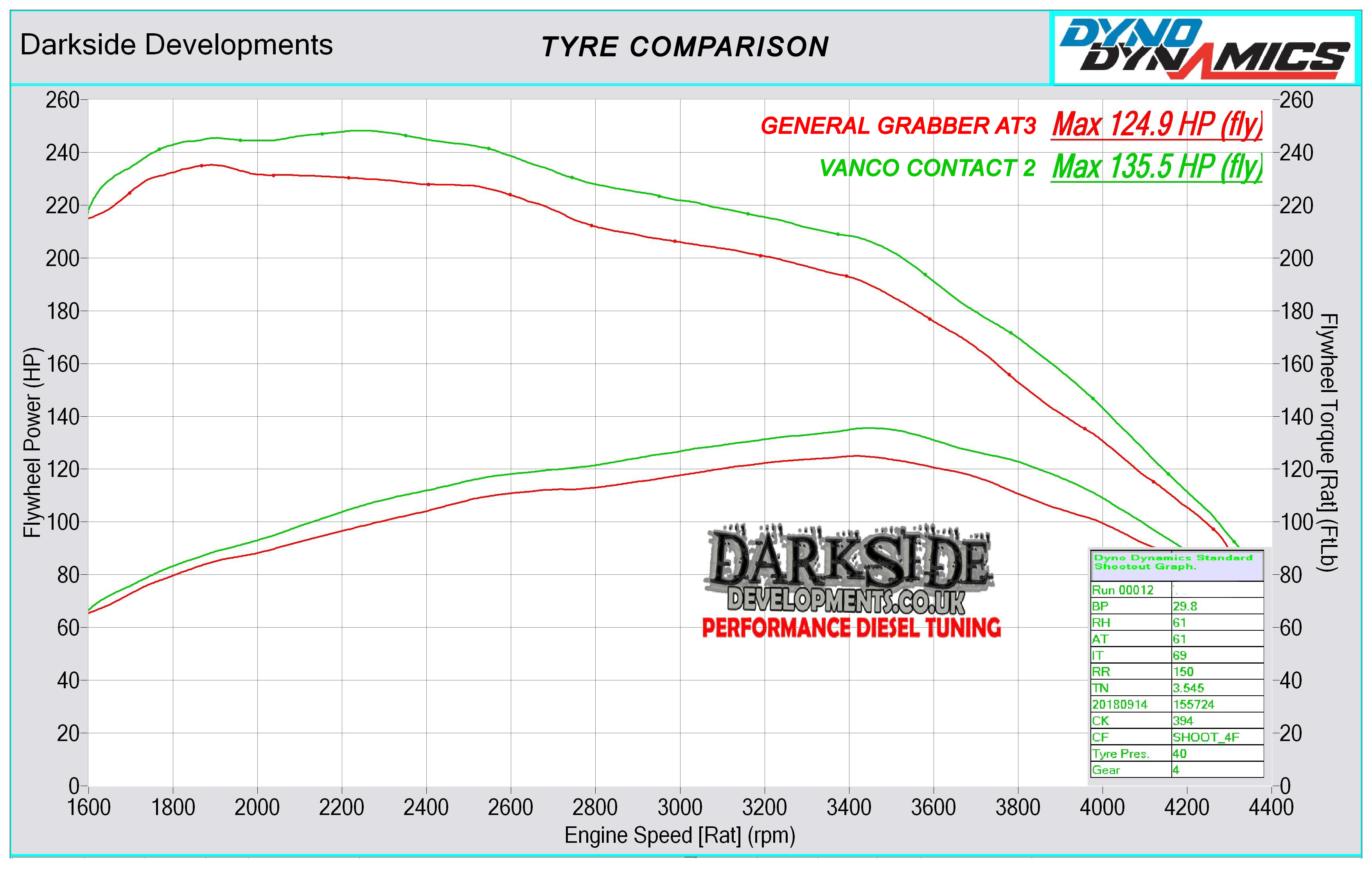 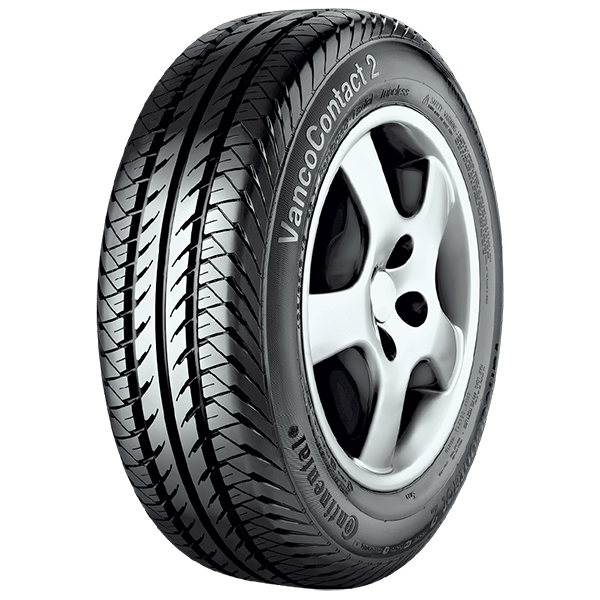 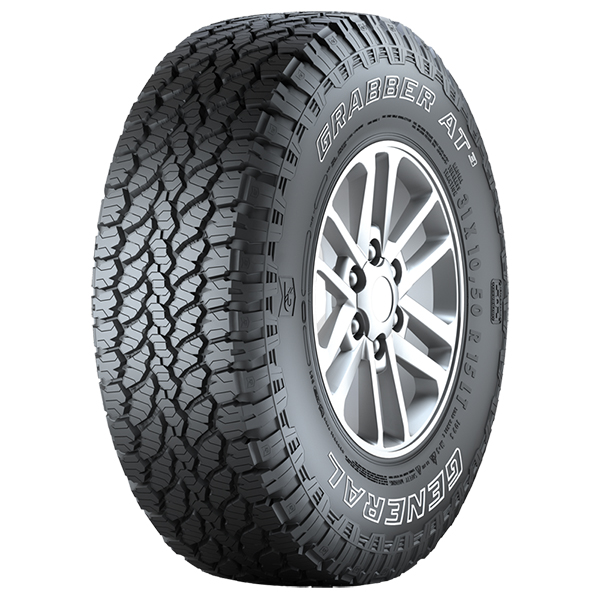 Before carrying out any tuning work we would recommend a compression test to ensure the engine is healthy, unless you are aware of the issue and have already taken preventative measures.

We are now only offering tuning on the CFCA engines after a compression test has been carried out. We can offer this service from £150+ VAT on top of the tuning prices. (You would need to book in with us in advance)

Generally, our customers request us to remove the EGR cooler, blank the EGR and the remove the DPF to stop the DPF from becoming blocked. This is done to prevent irreversible damage caused by the CFCA EGR cooler failing.

Later Transporter 204bhp and Amarok engines do not have the same EGR issues so we do not require a compression test before tuning. 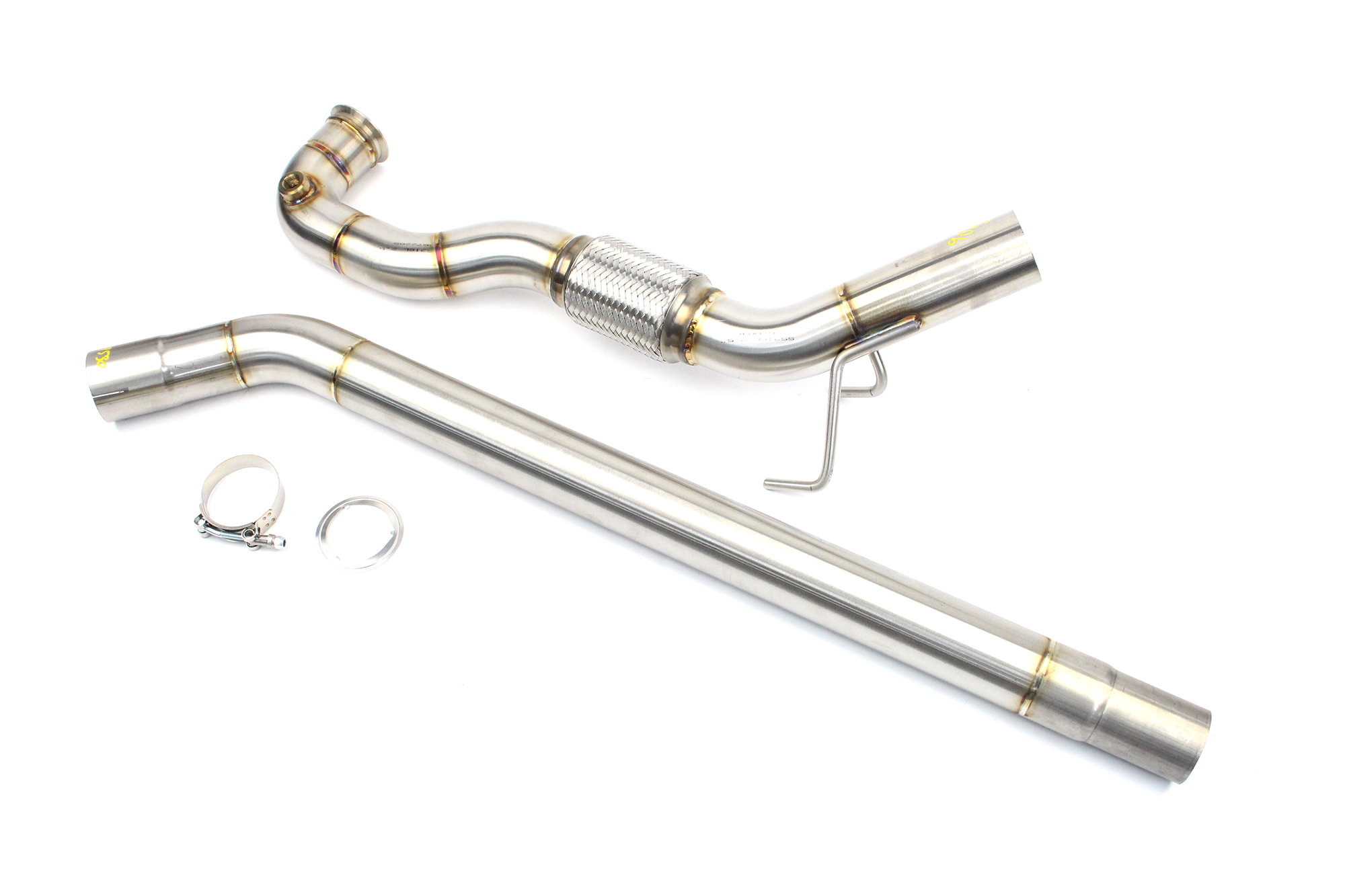 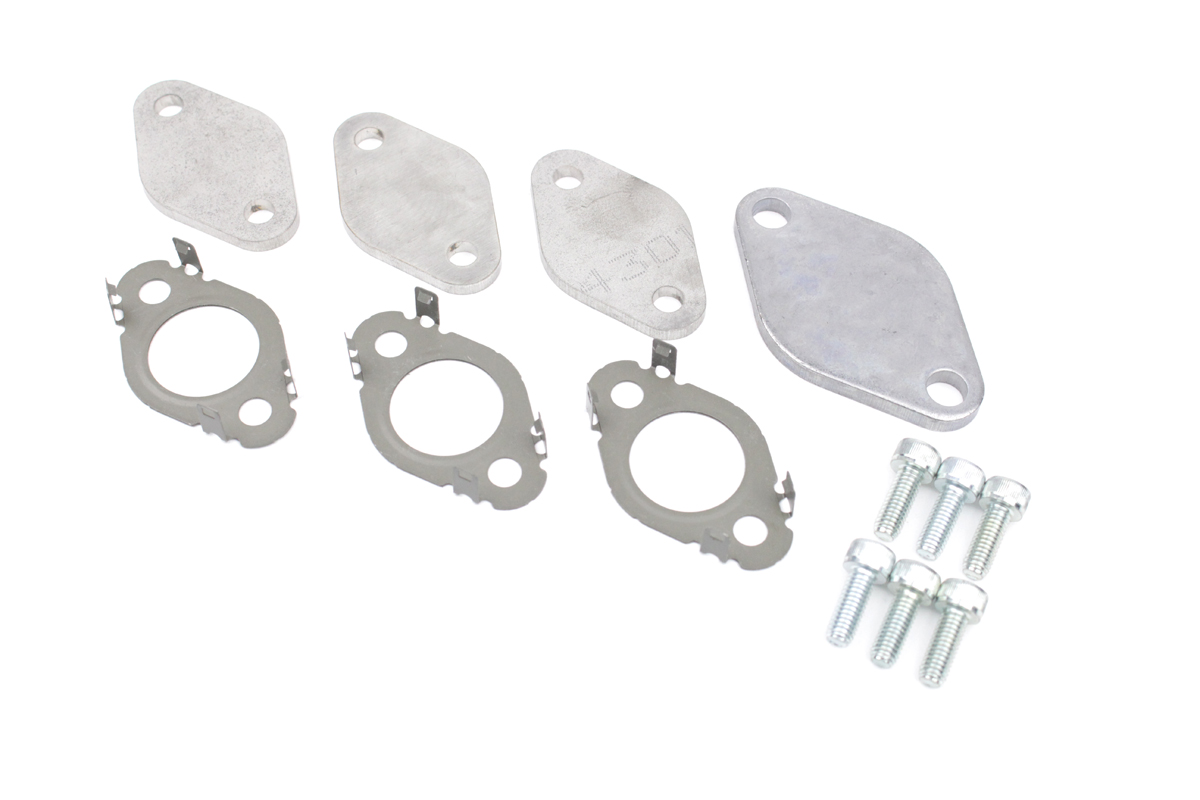 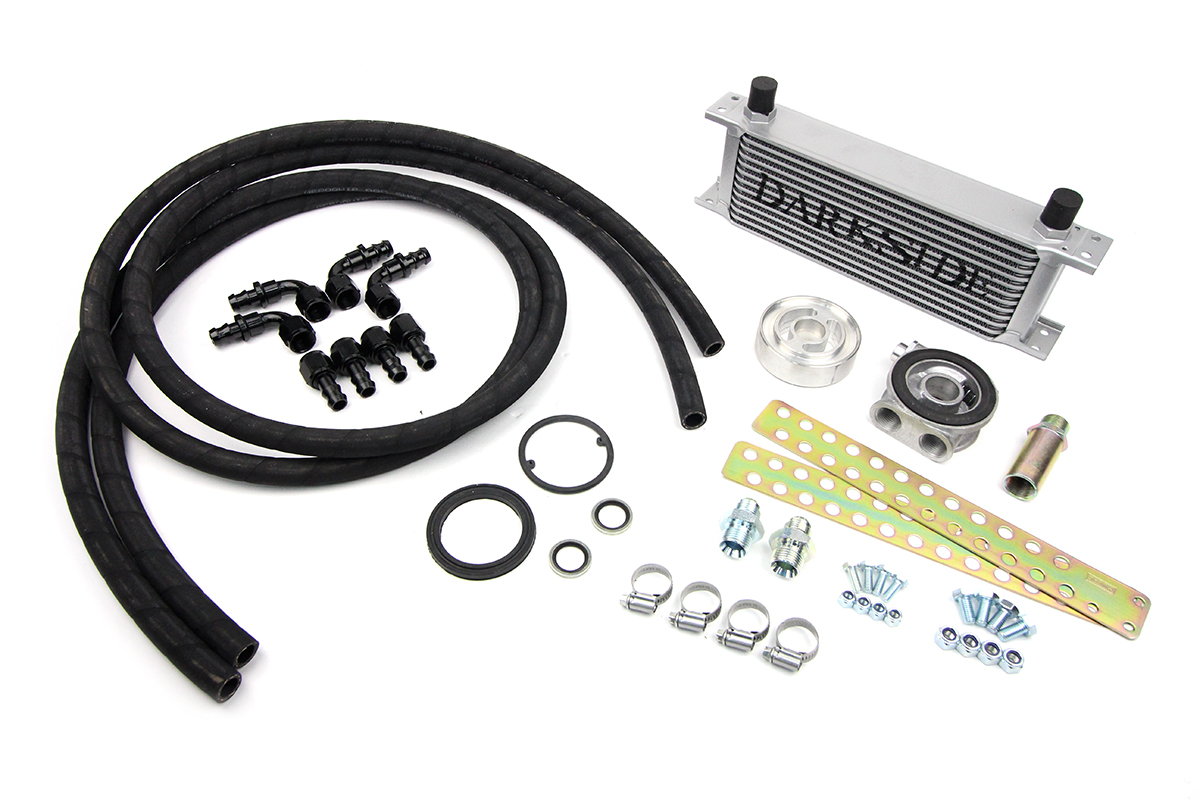